The recent attack on St. Vladimir's Academy devastated the entire Moroi world. Many are dead. And, for the few victims carried off by Strigoi, their fates are even worse. A rare tattoo now adorns Rose's neck, a mark that says she's killed far too many Strigoi to count. But only one victim matters Dimitri Belikov.

While held hostage by Dimitri, who has been feeding off her and thus weakening her, Rose eventually manages to escape, grabbing a stake on the way out.

Dimitri catches up with her, and they eventually battle on a bridge, where Rose manages to plunge her stake into his chest. When she wakes up, she realizes Lissa is in danger with Avery, who wants to kill Lissa and then heal her back so that Lissa would be "shadow-kissed" and bonded to Avery. After saving Lissa, Rose asks Oksana and Mark whether there is a way a Strigoi can be restored to their former selves. Reluctantly, they tell her of a Spirit user they knew named Robert Doru, who claimed to have restored a Strigoi back to life.

However, only Victor Dashkov, his half-brother, would have any idea where he currently was. Realizing the situation was hopeless because she already staked Dimitri, Rose goes back to St.

Vladimir's Academy. Back at St.

Vladimir's, Rose reunites with Lissa and shares what happened to her in Russia. Rose's mother, Janine, is also there, and reveals to Rose that Abe is actually her father.

After agreeing to re-enroll in school to graduate, Rose goes back to her normal life at St. However, Rose did not expect to find herself faced with a choice: to become Strigoi herself and spend eternity with Dimitri, or die at Dimitri's hand. Blood Promise is an exciting fourth installment to the Vampire Academy series that leaves the reader breathless with every twist of the plot.

Rose is in Russia attempting to get information on a dhampir village in Siberia. Rose knows that Dimitri has come back to Russia and hopes to find him near his home village. However, Rose does not know where the village is. One night Rose is confronted by a human who knows about the vampires, a Alchemist. Rose has never heard of this group of humans who come up behind the dhampir guardians and clean up their kills because she has not graduated from the academy yet.

However, the Alchemist, Sydney, gives her a crash course after Rose kills a Strigoi in an alley. Later, Rose tells Sydney about the village she needs to find and Sydney calls her bosses, giving them both the orders to travel to the village together.

When Rose and Sydney arrive in the village of Baia several days later, Rose finds herself in the home of Dimitri's mother, sisters, and grandmother. Rose is so overwhelmed by grief when one of the sisters mentions Dimitri that she realizes she must tell them what has happened to Dimitri.

Afterward, the family throws a memorial service for Dimitri, whom they consider dead even though he has become Strigoi. 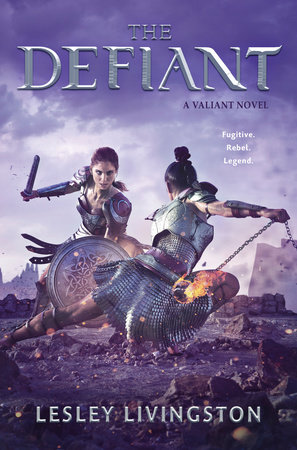 At the same time, Rose meets Abe, a rich and powerful Moroi who has taken a special interest in her safety for some unknown reason. Rose thinks that Abe is working for her mother or someone at the academy who wants her returned safely.

Therefore, when Abe helps save one of Dimitri's sisters from a dangerous situation, Rose agrees to leave Baia. Instead of returning home, however, Rose goes with a group of unpromised dhampir to Novosibirsk to renew her search for Dimitri.

Rose and the group of unpromised dhampir hunt and interrogate several Strigoi on their first night in the city. Rose finds one dhampir who knows Dimitri. Rose sends him back to Dimitri with the message that she is searching for him.